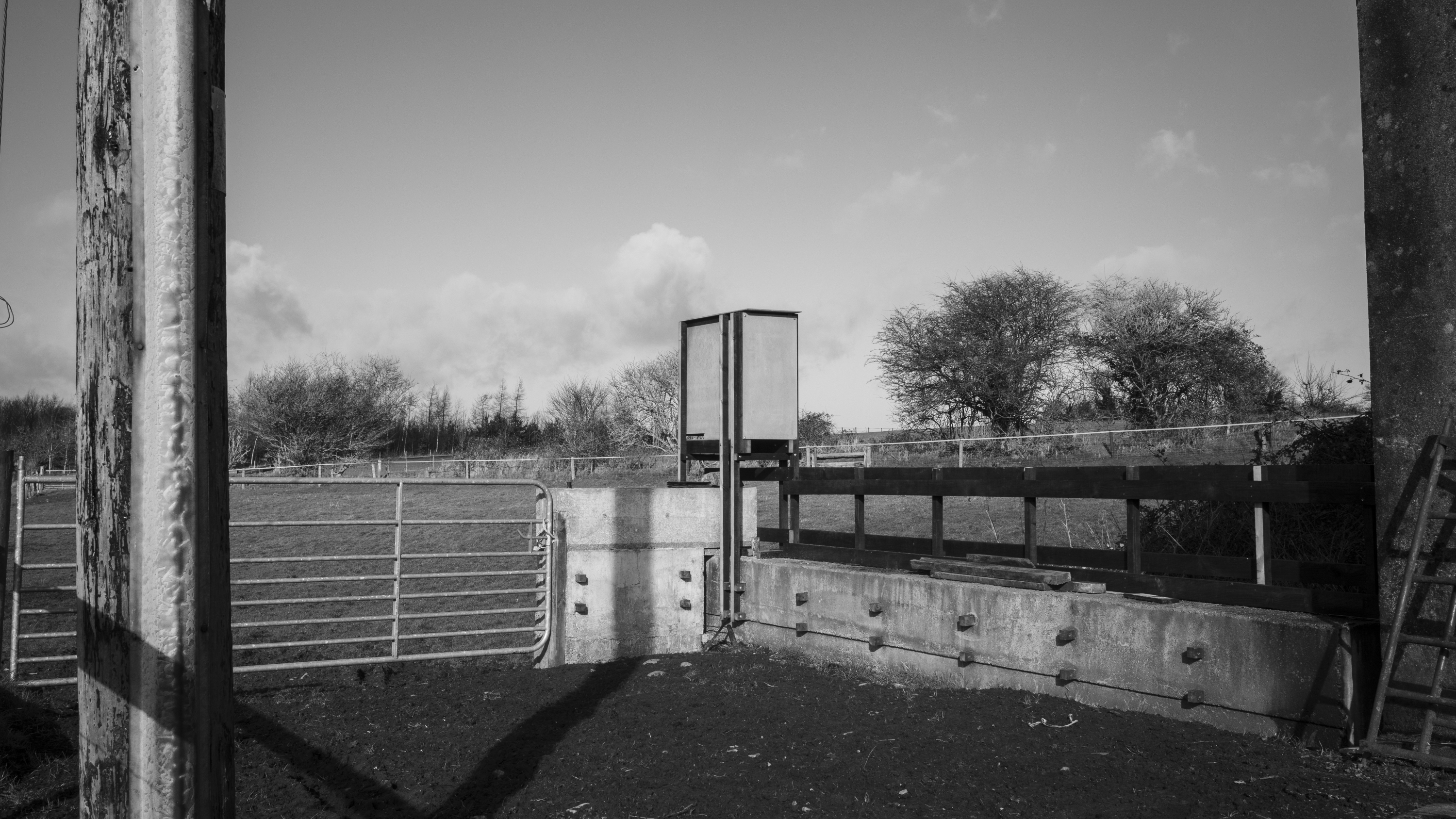 Objects:     completed forms that stand over and against the perceiver and block further movement.
Things:     gatherings of materials in movement, as distinct from objects.

(Ingold Tim. 2012. Toward an Ecology of Materials. Annual Review of Anthropology. Pg. 439)

Made from concrete, treated timber and fibre cement boards, the wall closes an existing gap and marks the entrance to a field. It is also a refuge for the endangered solitary bee, and a font for wild birds. More than this, it is a research project that I have been coming and going to for the last two years, exploring a gap between designing and making.

The research relies on proportion and geometry as a sort of armature to organise what is constructed, but the wall strays from  abstraction in the action of  making on site which reveals more than abstraction allows on its own. These moments involve a sort of non-verbal dialogue with things themselves, where multiple material qualities such as heft, fragility, tautness, smoothness, roughness, surface quality, etc. are all in play. The products of these judgements lie between the approximations / compromises necessary in making and the assumed control of architectural drawing / modelling. These extensively located  judgements could be described as variations or even discordant inevitabilities, and for me they are delightful. They are moments that perhaps in the Ingold sense allow ‘further movement’. 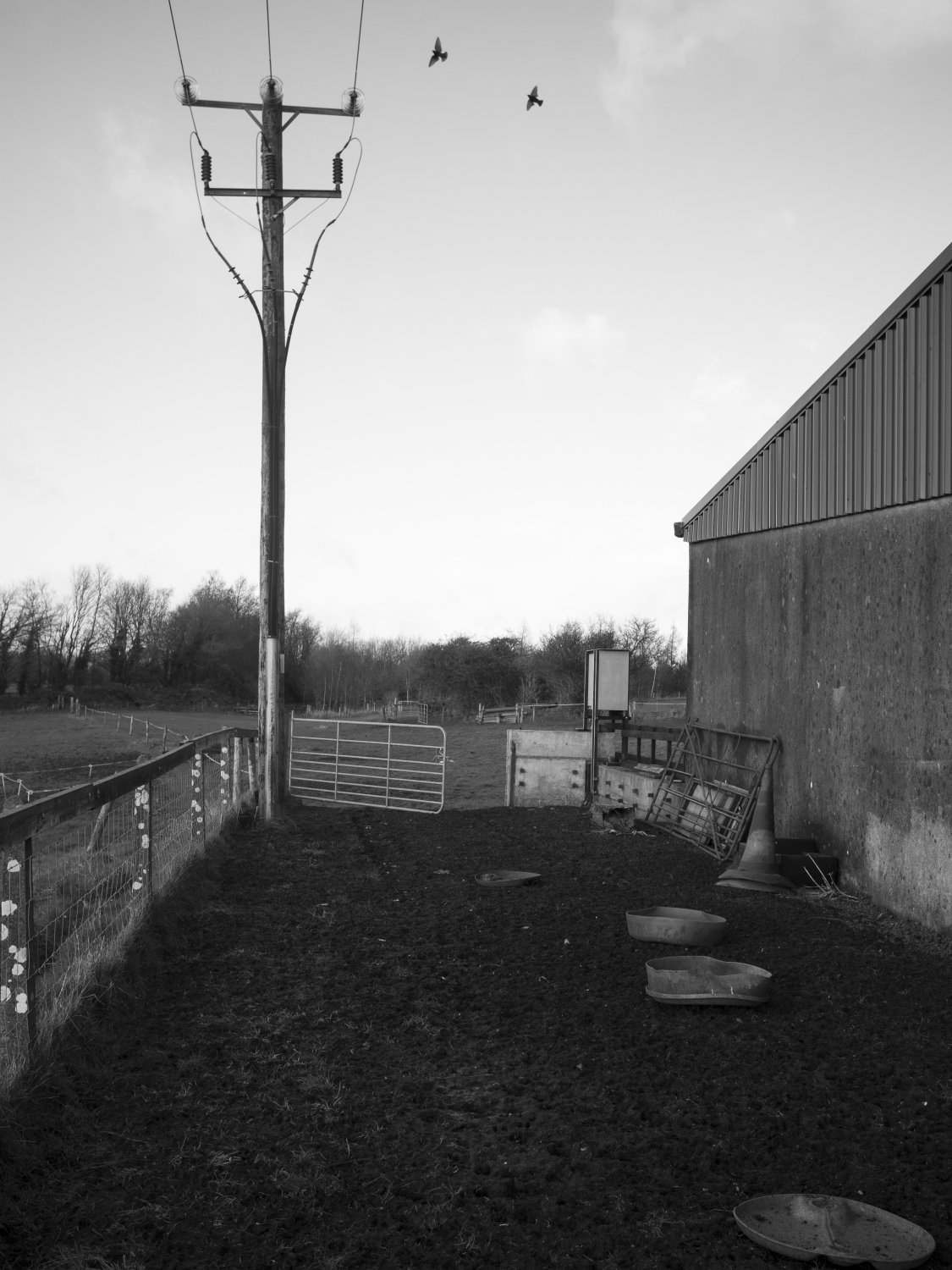 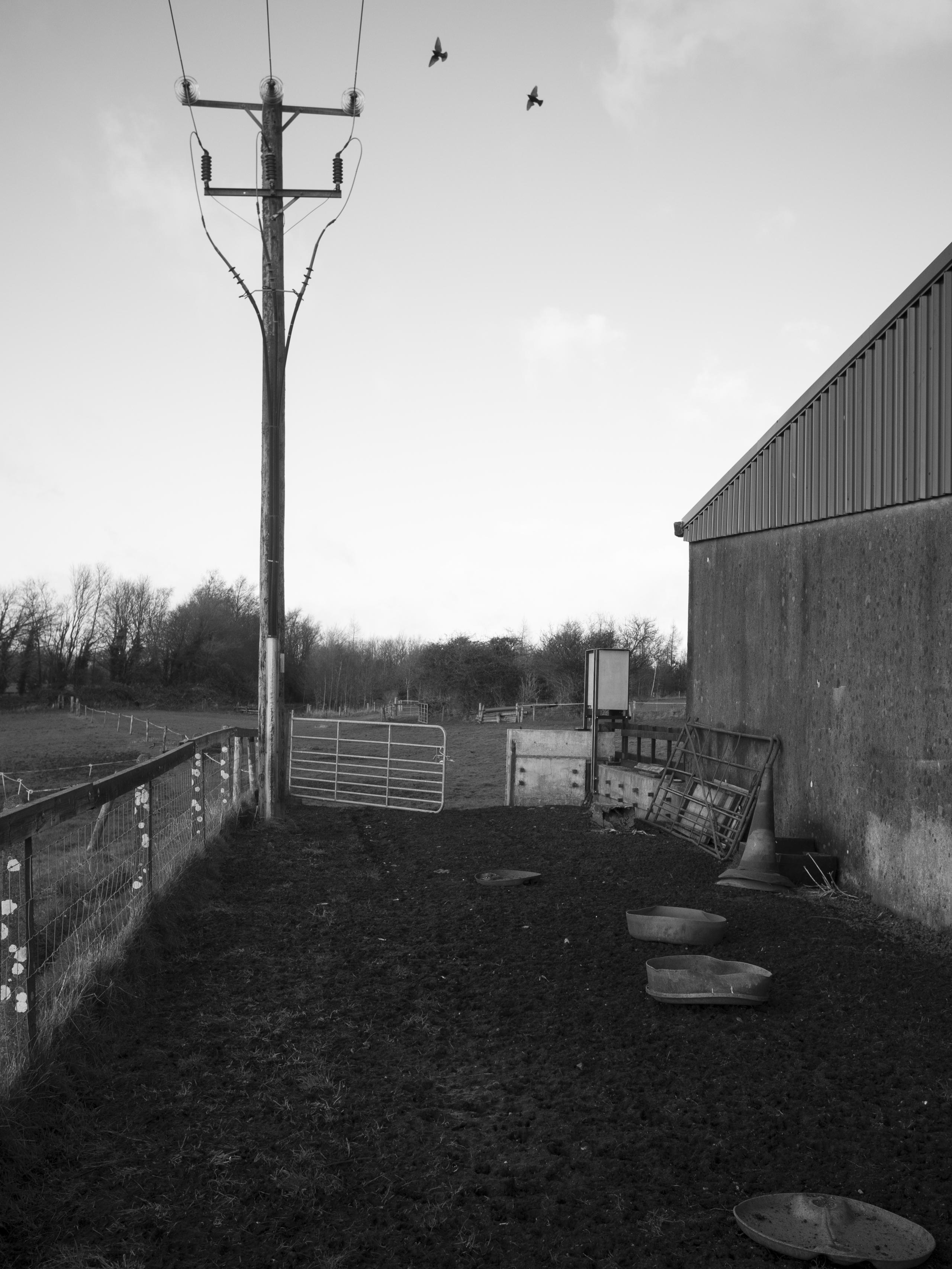 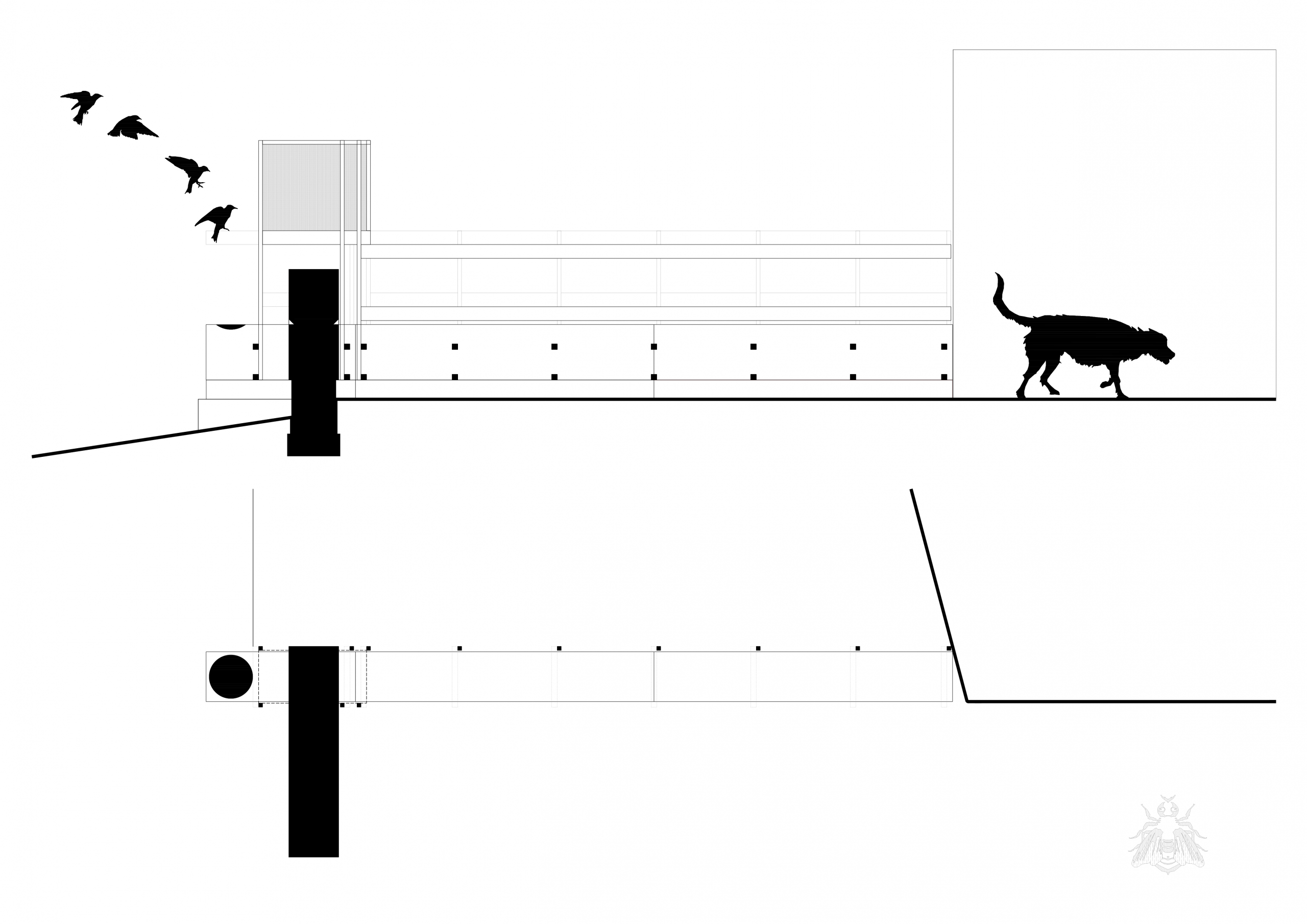 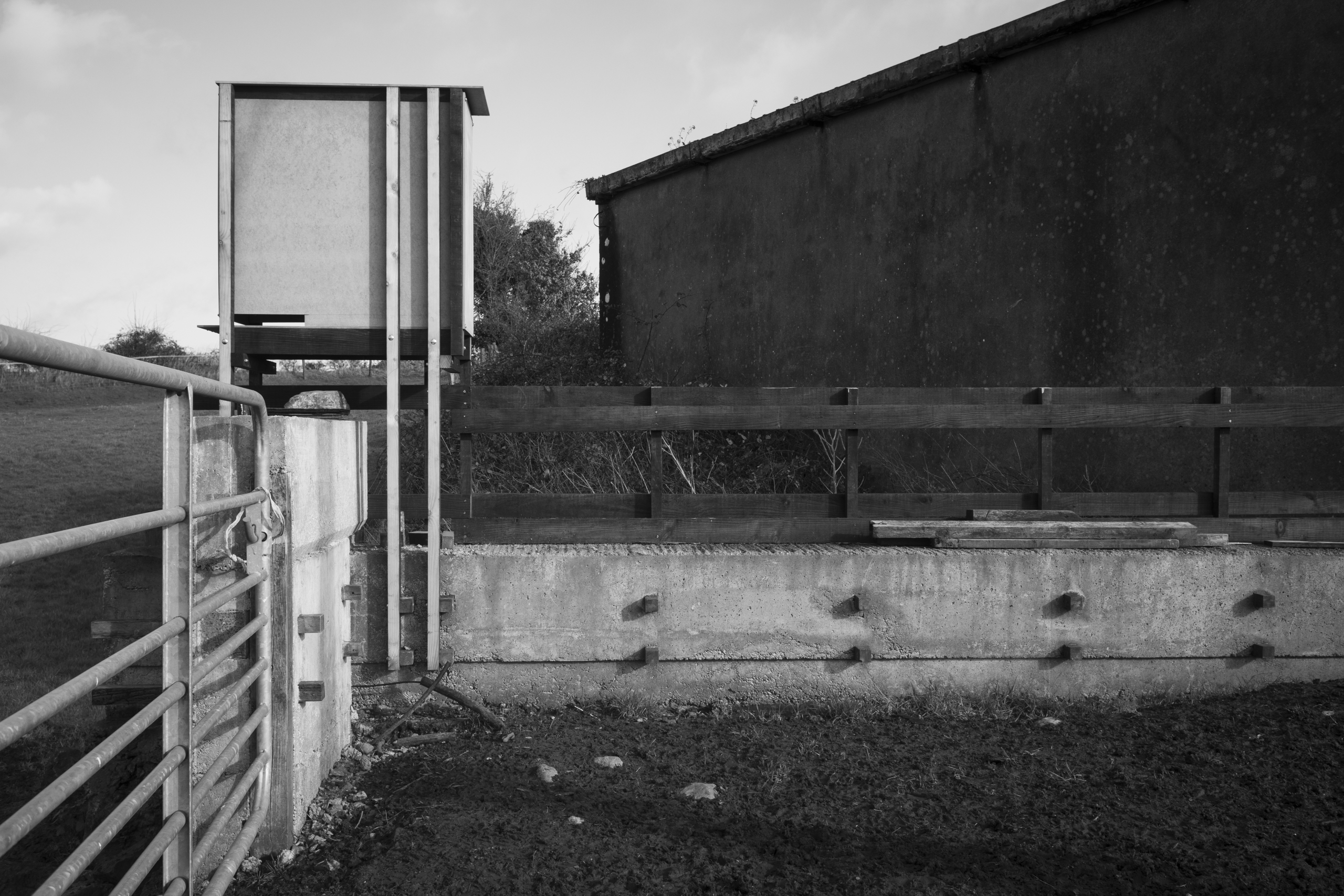 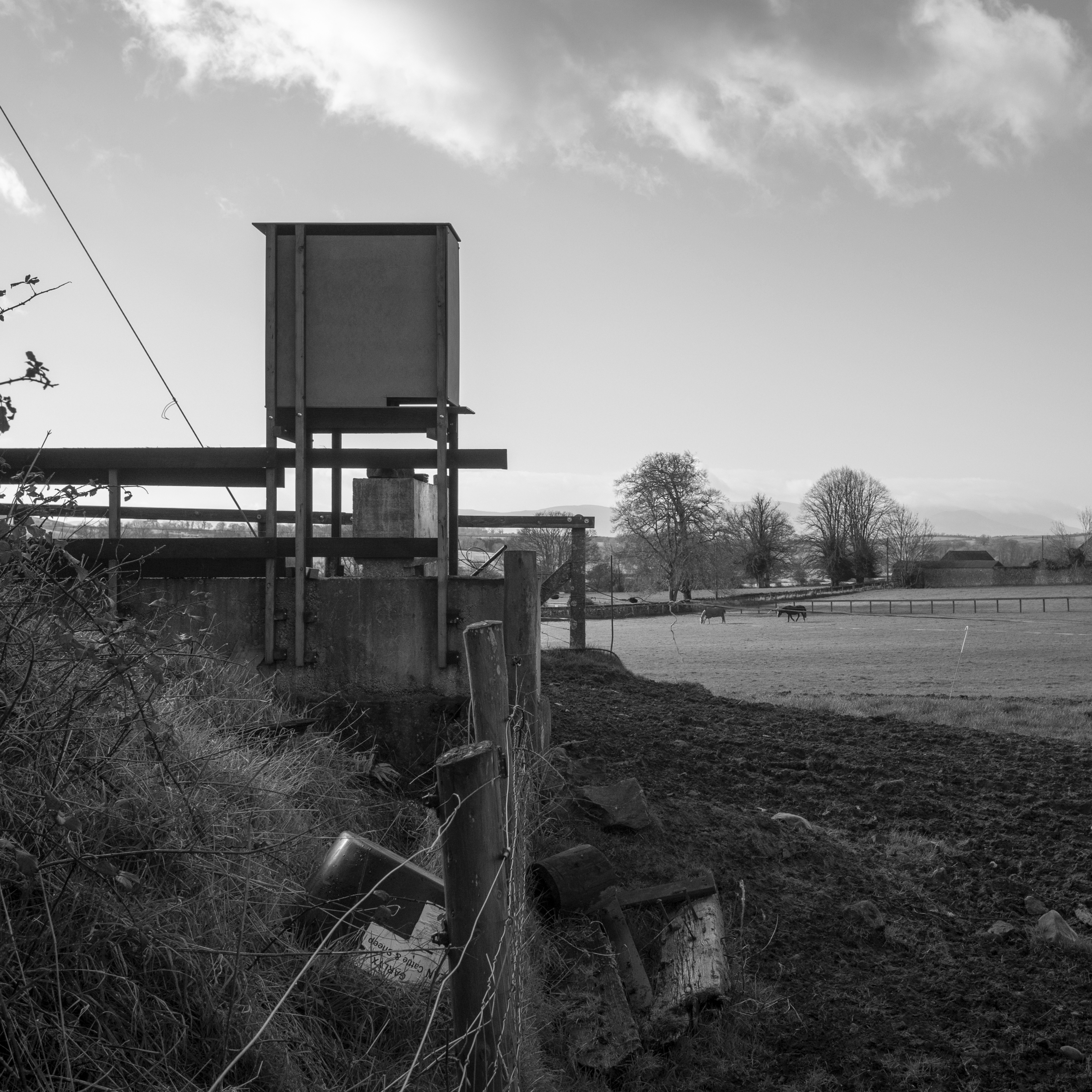 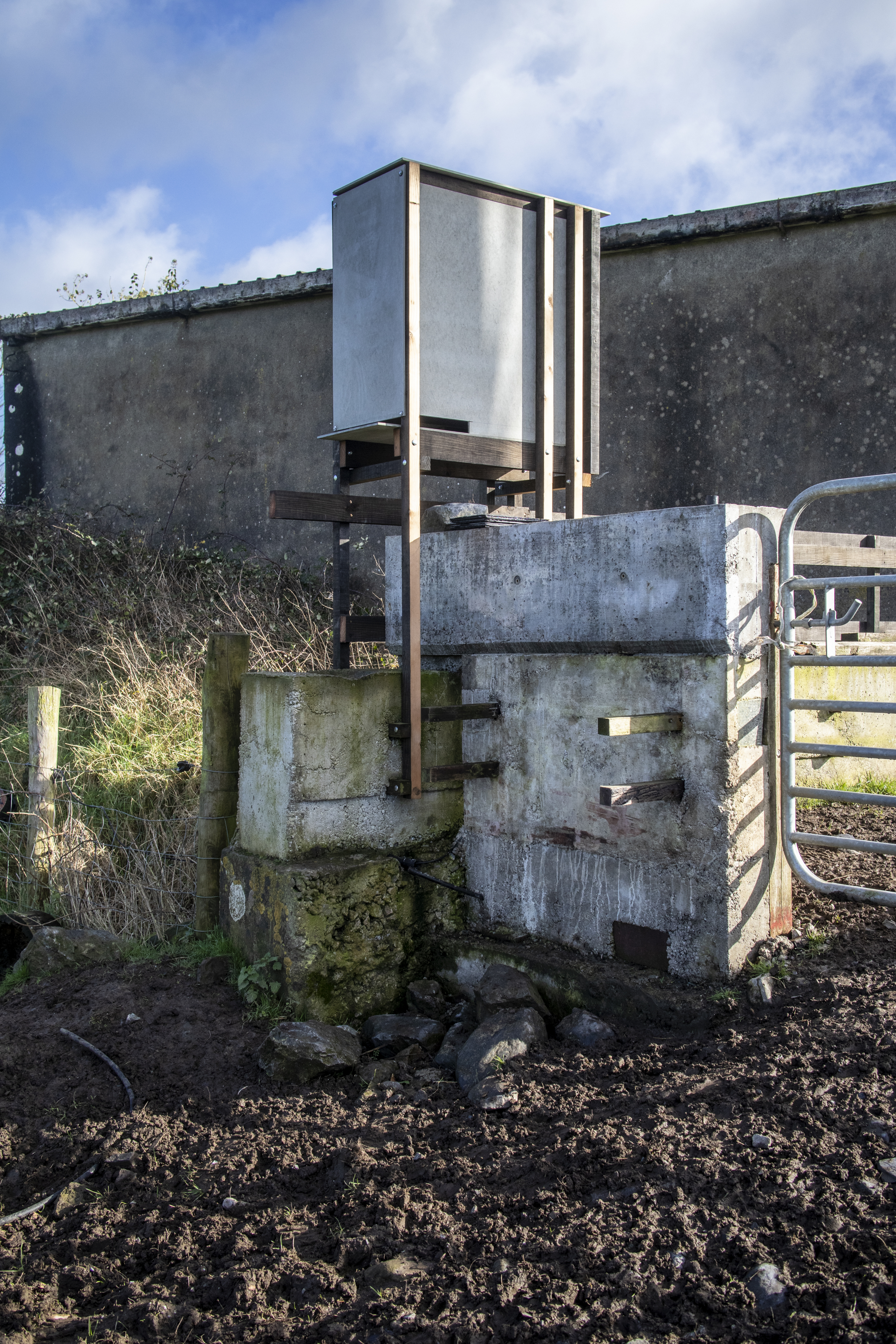 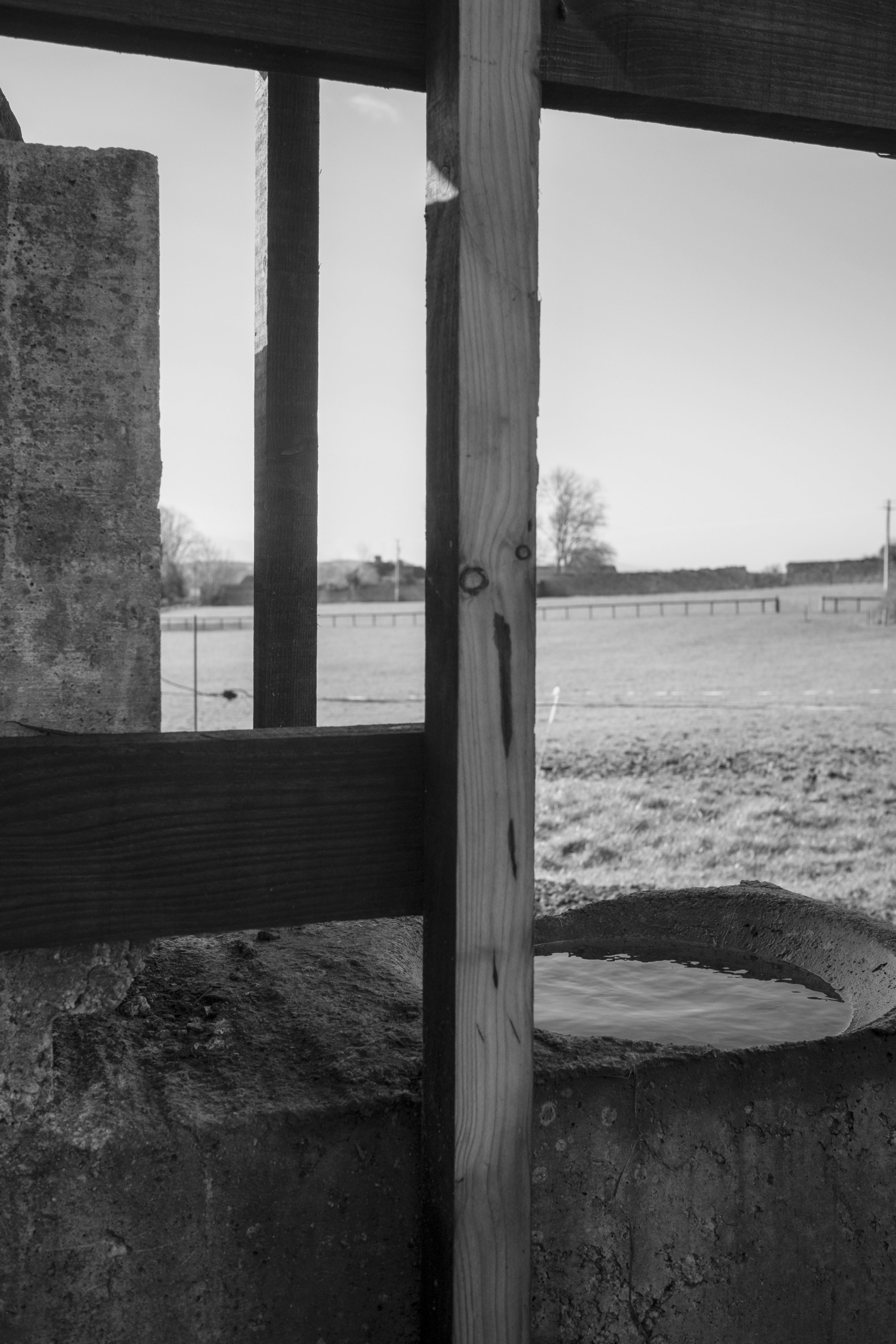 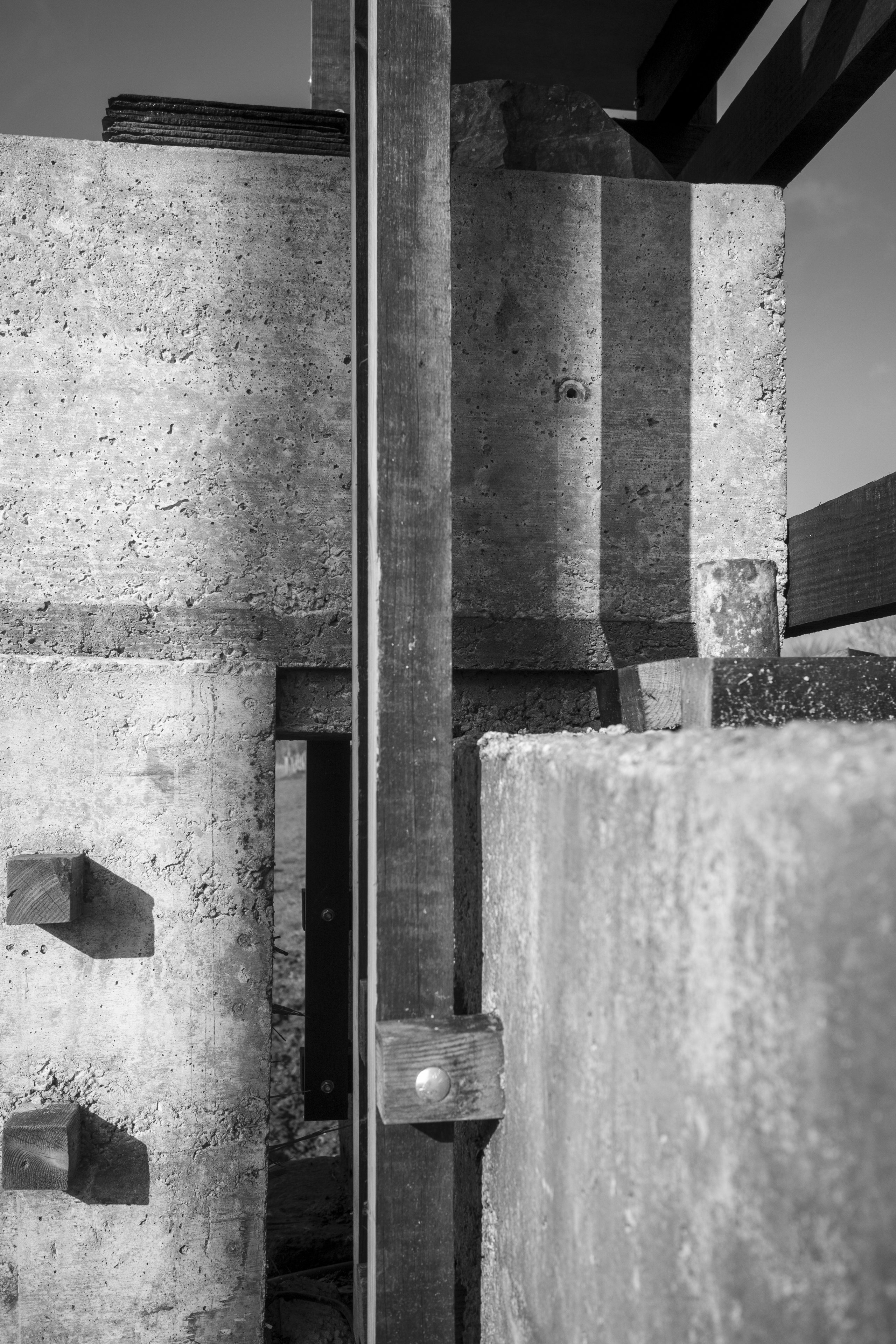 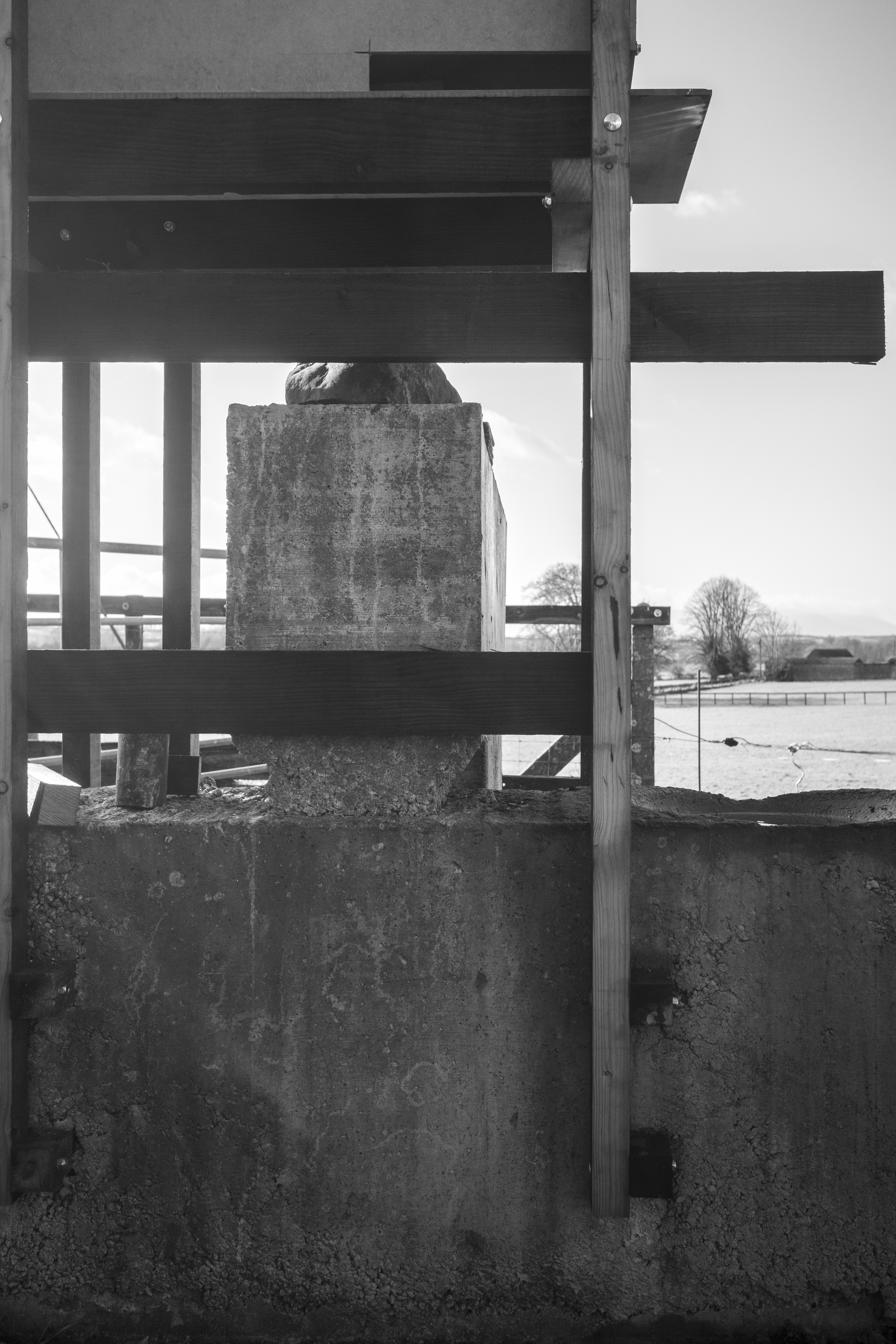 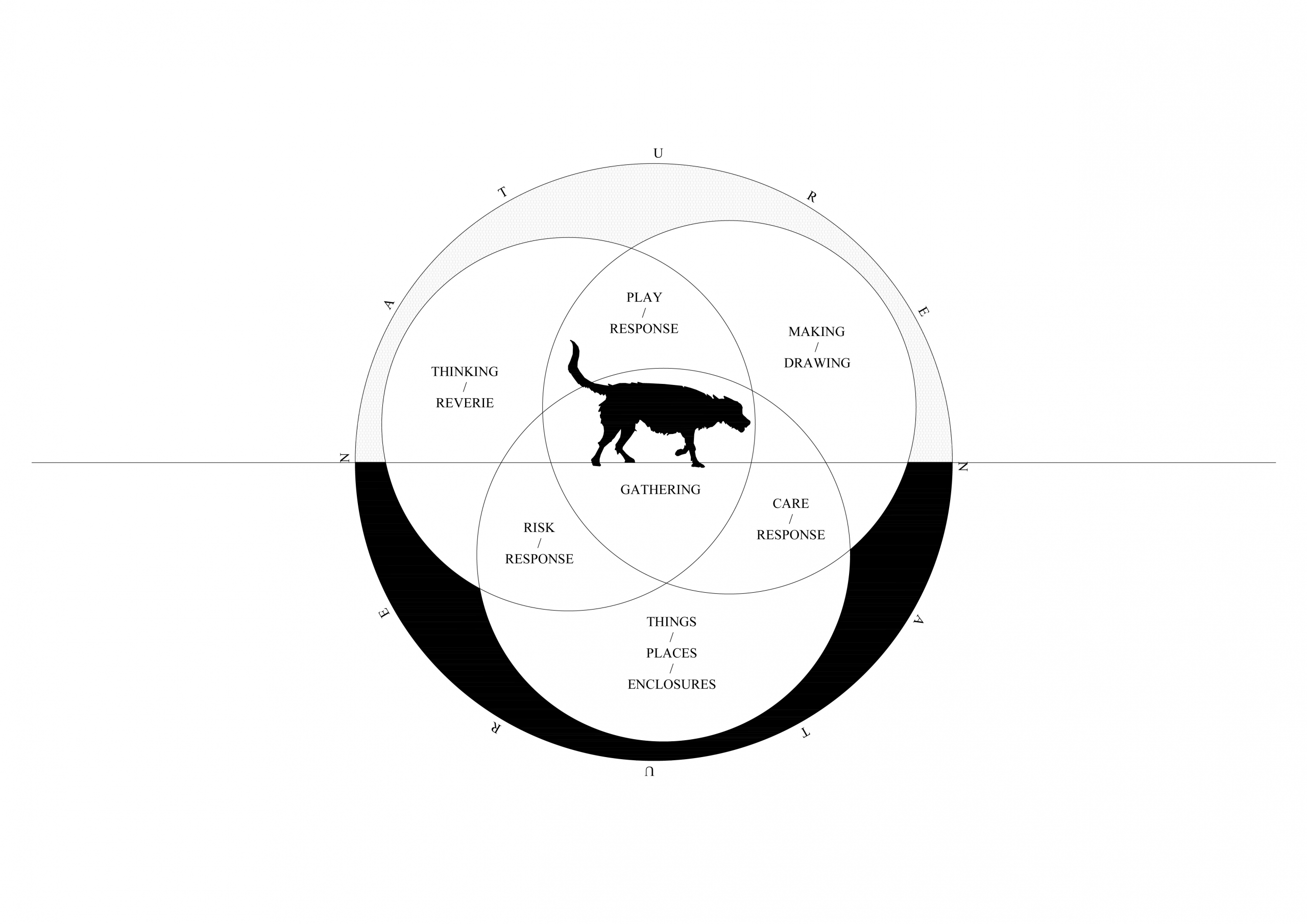 Back to Work
Next Project: Incredibly Boring and Strange 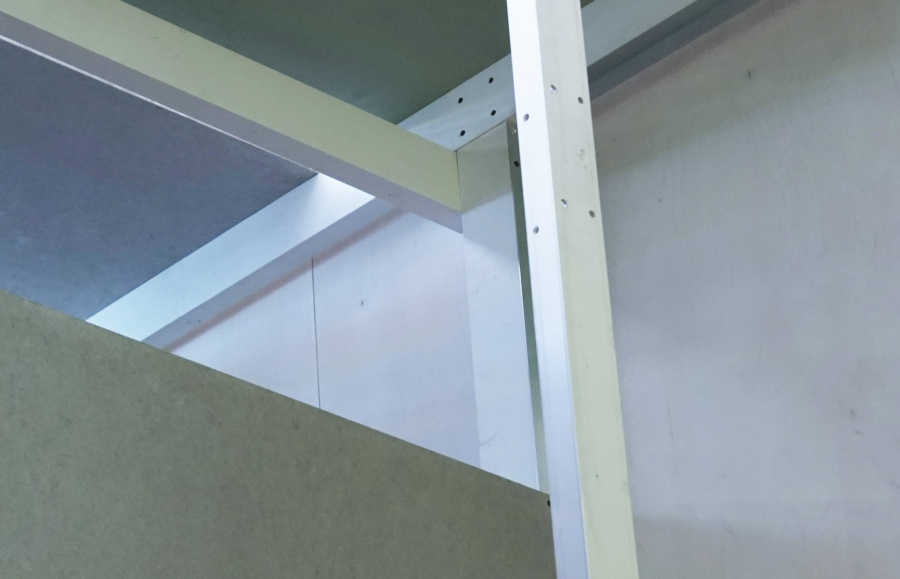